And, according to a study, he might be right. Atlanta ranked 22nd in a new fitness ranking of America’s 100 largest cities. The analysis was recently released by the American College of Sports Medicine and the Anthem Foundation, the philanthropic arm of Anthem Inc., an Indianapolis-based healthcare company.

The 2019 American Fitness Index examines and ranks cities on dozens of health factors like aerobic activity, smoking, obesity, and fruit and vegetable consumption. The ranking is also based on community and environmental factors such as air quality, number of parks, access to farmers’ markets and use of public transportation.

Using data from the Centers for Disease Control and Prevention, the U.S. Department of Health and Human Services, the U.S. Environmental Protection Agency and other agencies, the ranking offers insight into the healthiest cities – and the most unhealthy – of the country.

Arlington, Virginia has claimed the title of “America’s Fittest City.” Residents of the northern Virginia town, across the Potomac River from Washington, D.C., reported the highest rates of physical activity in the past month and low rates of smoking and death of pedestrians.

To exploreClick here to compare Atlanta to all other cities.

“This ranking answers the question, if I want to live in a city and be physically fit, do the assets in the city meet my needs to be fit?” said Walt Thompson, professor at Georgia State University, former ACSM president and member of the Fitness Index Board.

To better gauge this, changes have been made to the ranking system, removing some categories and adding others. The survey’s organizers believe the tweaks give residents a truer picture of a city’s strengths and weaknesses.

They also changed the areas examined, making it difficult to compare past and current results. Previously, metropolitan areas were ranked instead of individual cities, and the Atlanta region landed in 20th place in 2018. This year, the analysis added an air quality score and a score assessing planning and the design of safe streets for walking, cycling and driving. .

Even though Atlanta was in the top quarter of all cities, there’s plenty of room for improvement, Thompson said.

For example, about 13% of Atlanta residents smoke, or two percent of Arlington residents. By comparison, about 18% of Oklahoma City residents smoke. Meanwhile, New York City ranked first for public transportation, with more than half (56%) of residents using it to get to work.

With fewer careful drivers, pedestrian fatalities in the United States hit the highest level in nearly 30 years in 2018, according to a study by the Governors Highway Safety Association.

Thompson said the annual ranking can be a wake-up call for residents on a personal level, but also for city officials to address some of the shortcomings in their communities.

Thompson also sees bright spots in Atlanta that encourage healthy living, including the PATH Foundation trails and the Beltline. And when the Beltline is complete, it will connect 45 city neighborhoods with trails and multi-use parks.

Kristen Smith, a registered dietitian at Piedmont Hospital, said it’s always good to add more farmers’ markets, especially in neighborhoods where there are few grocery options. But she’s thrilled about a food forest program in southeast Atlanta, which, with federal grants and additional support from nonprofit groups Trees Atlanta and The Conservation Fund, is enabling city residents to pick up fresh fruit for free.

Dr. Jonathan Kim, chief of sports cardiology at Emory University, said Atlanta has inherent challenges in supporting healthy lifestyles. A lack of public transport infrastructure and a heavy reliance on cars are obstacles to a healthy lifestyle, he said.

And there are parts of the city that are not suitable for pedestrians, he said.

“If I’m downtown or at the Beltline and everyone is walking, it reminds me of Boston or New York,” Kim said. “But, if you’re talking about downtown Atlanta, forget it – unless you’re walking through Centennial Park.”

Residents of Georgia and other southern states continue to be plagued by low levels of physical activity, high rates of smoking, and higher rates of obesity than the rest of the country.

But Kim, who is also the team’s chief cardiologist for the Atlanta Falcons, Atlanta Hawks and Atlanta Braves, also sees reason for optimism.

He is encouraged by plans to expand public transit in Atlanta, which will include billions of dollars in transit construction in the coming decades. Lower-cost, locally-funded projects — like bus rapid transit lines — would come first. More expensive projects — including 29 miles of light rail lines — could come later, depending on federal funding.

“There is a large proportion of people who are very enthusiastic about healthy living in our city, and there is a voice trying to change some of the trends of inactivity and unhealthy habits,” said he declared.

He said walking for as little as 10 minutes a day can have health benefits. Another tip: take the stairs as soon as possible.

Atlanta City Councilwoman Carla Smith said several initiatives are underway to move the needle in Atlanta. Every time a street is repaved, the plan is to add bike lanes. City officials are also requiring new sidewalks near the belt line around high-density housing to be at least 12 feet wide — up to 4 to 8 feet wide. 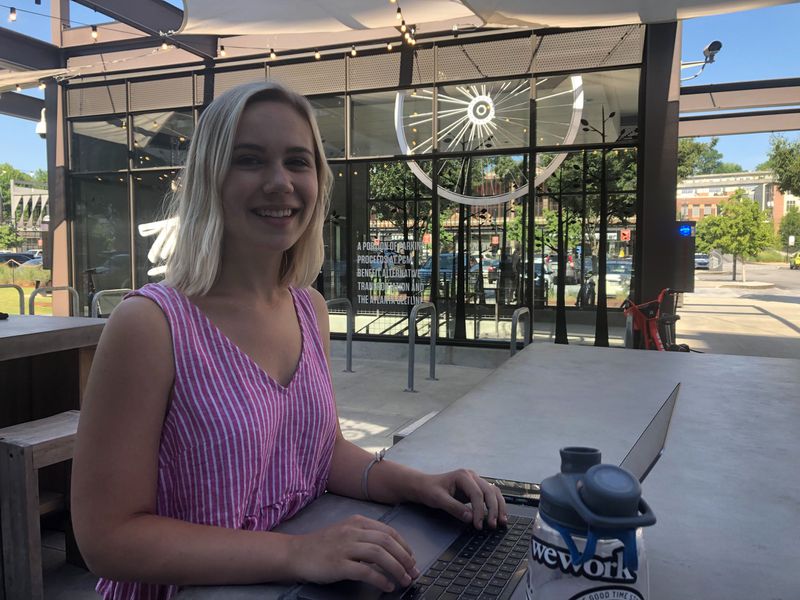 Back at the Ponce City Market, Lexa Wakefield, a user experience designer, said she had always been an avid sportswoman and a person who ate lots of fruits and vegetables. But she finds herself walking all the time now that she lives near the Beltline.

There’s no excuse, she says, for not living a healthy life when you live near the Beltline.

“I make walking a challenge, like let’s see how far we can walk for brunch,” Wakefield said.

why is it important

The 2019 American Fitness Index examines and ranks cities on dozens of health factors like aerobic activity, smoking, obesity, and fruit and vegetable consumption. The ranking is also based on community and environmental factors such as air quality, number of parks, access to farmers’ markets and use of public transportation. Atlanta placed 22nd. Arlington, Virginia has claimed the title of “America’s Fittest City.”

7 Things to Do on Atlanta’s Beltline Stroll past murals, tiny doors, and even piano installations while cruising the Beltline. Learn first-hand about the trail’s horticultural collections and interesting facts about the Beltline. Tour groups meet on Fridays and Saturdays (registration required) and last almost two hours. The Beltline is accessible by more than foot; grab a bike and go. If you don’t own a bike, you can buy or rent one from Atlanta Bicycle Barn. Visit Paris with Ponce, a girl of art